Turkey trends: The birds are bigger, but we're eating less of them

‍Here’s a fact to chow down on as Thanksgiving preparations get well underway: the turkeys many Americans will tuck into tomorrow are much meatier prospects than they were in the past, with the birds now weighing nearly twice as much as they did in the 1960s.

Turkeys have been a staple of the American Thanksgiving table since the turn of the 19th century, and farmers have looked to breed the biggest birds for celebratory centerpieces ever since.

Indeed, today the average commercial turkey weighs a whopping 32.3 lbs — just under double the paltry poultry offerings of 60 years ago, which would come in closer to 17 lbs. In fact, modern turkeys are so big that they often have trouble breeding, leaving many farmers and producers reliant on artificial insemination.

‍Interestingly, although turkeys are getting bigger, American’s are actually eating less turkey in recent years than they have in the past. The average American now has a 15.3 lb helping of the holiday favorite per year which — whilst still amounting to nearly half a bird by modern standards — is some way off peak turkey consumption in 1996 when the average US citizen gobbled up 18.1 lbs.

Elsewhere in big turkey news: a pair of Thanksgiving birds, ‘Chocolate’ and ‘Chip’, were given the official presidential pardon on Monday — here’s a deep dive into the history of the pardoning practice. 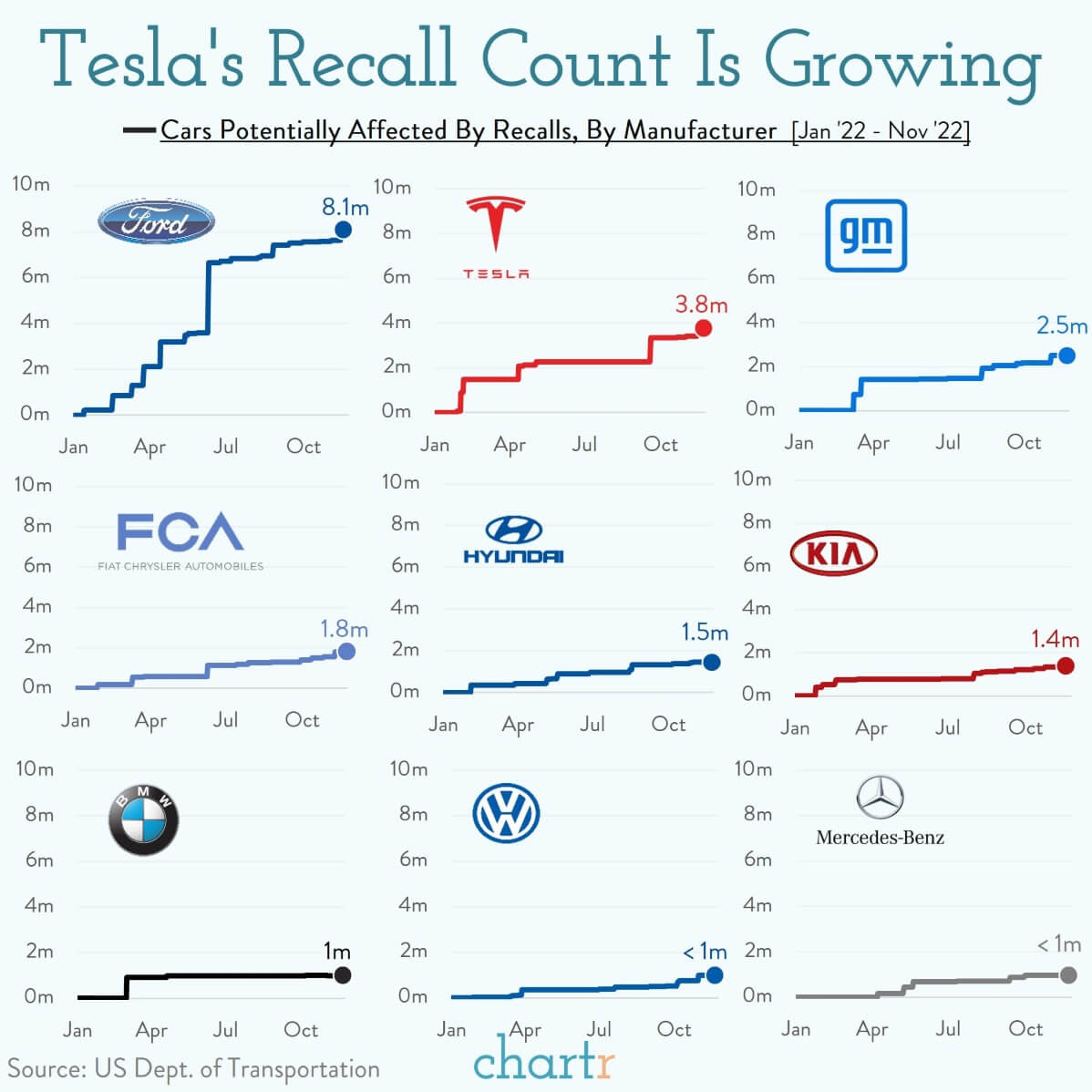 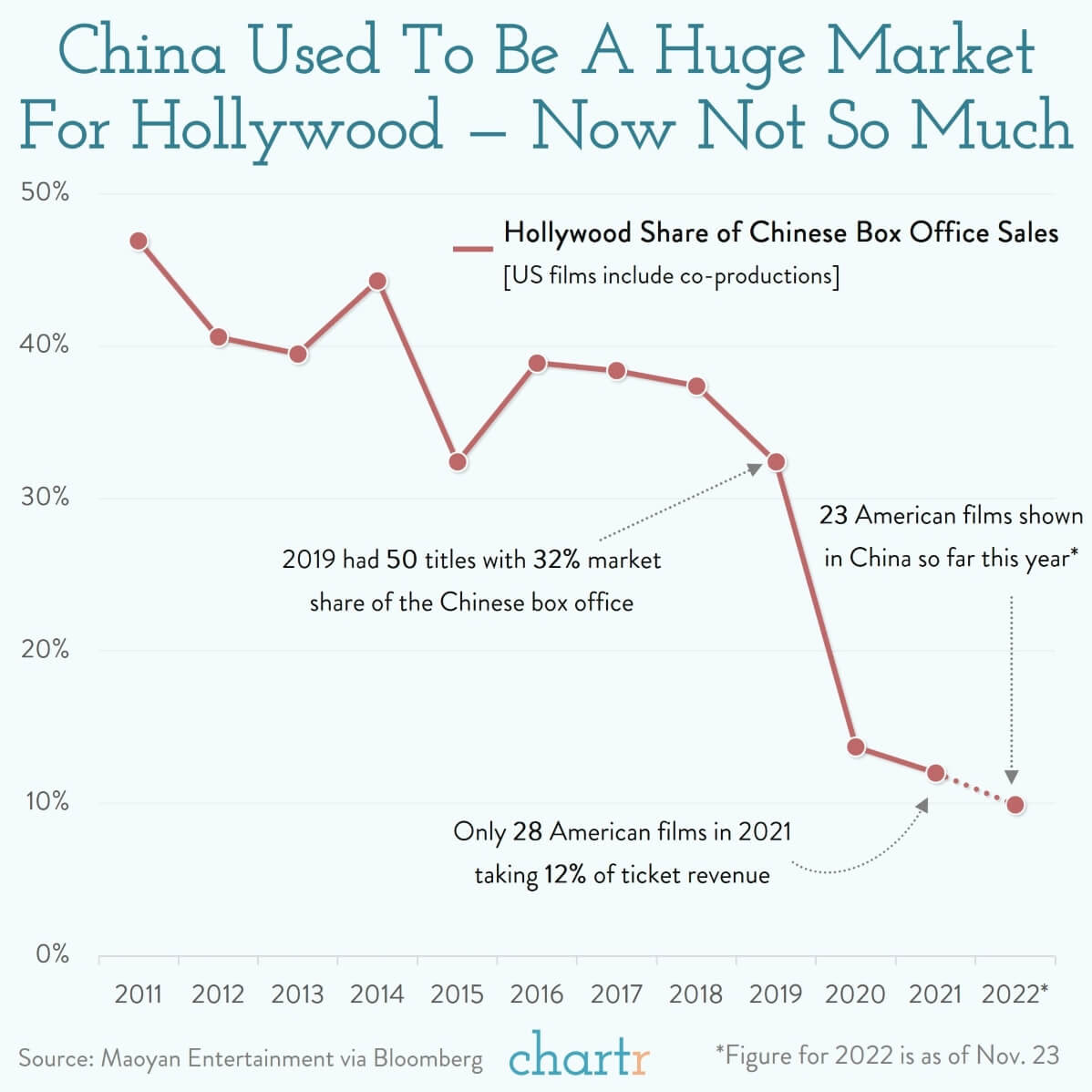 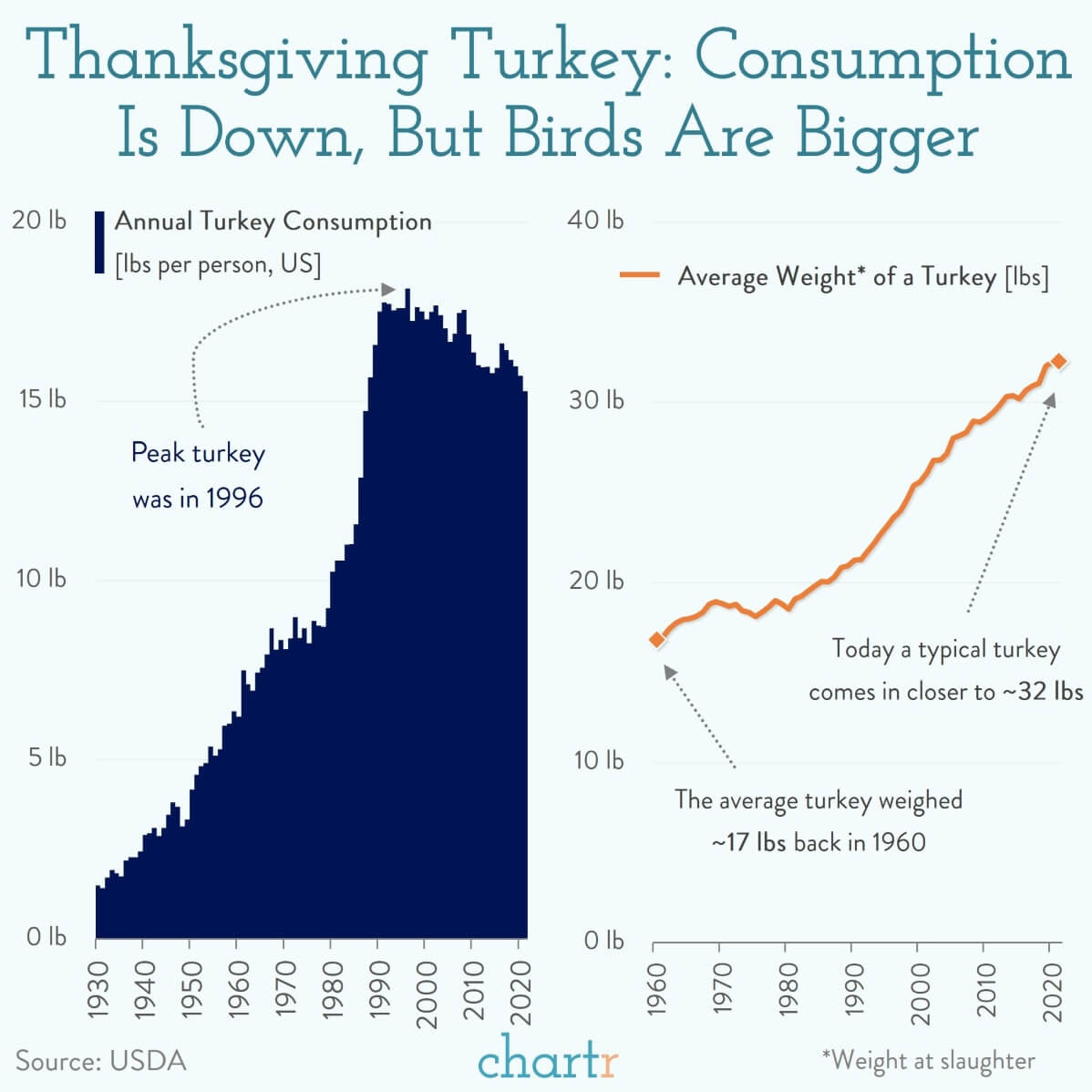