Stocks are in a bear market: Sometimes it's helpful to zoom out

See the rest of the newsletter from:
June 15, 2022
Not yet a subscriber? Sign up free below.
Thank you! Your submission has been received!
Oops! Something went wrong while submitting the form.

US stocks are officially in a bear market, with the S&P 500 Index closing down 22% below its previous peak yesterday as investors sold stocks for any number of valid concerns.

As we've discussed previously, the tech-heavy NASDAQ and other market trackers had already breached the 20% decline threshold, but this is the first time the broader S&P 500 Index has done so... at least since March 2020.

‍A 22% fall in the value of stocks in a little over 6 months isn't really good news for anyone, but sometimes it's helpful to zoom out and get some perspective. Looking back 18 months shows that the index is basically back to where it was at the start of 2021, which isn't too terrifying, and on a really long horizon this latest crash looks a lot like the crashes that have come before it, all of which eventually saw the market recover and move higher.

Among a long list of valid concerns, inflation (and the Fed's response to fight it) is probably number one, which is why all eyes are on today's interest-rate decision where investors are expecting a 0.75% rate hike — which would be the biggest move upward for 28 years. 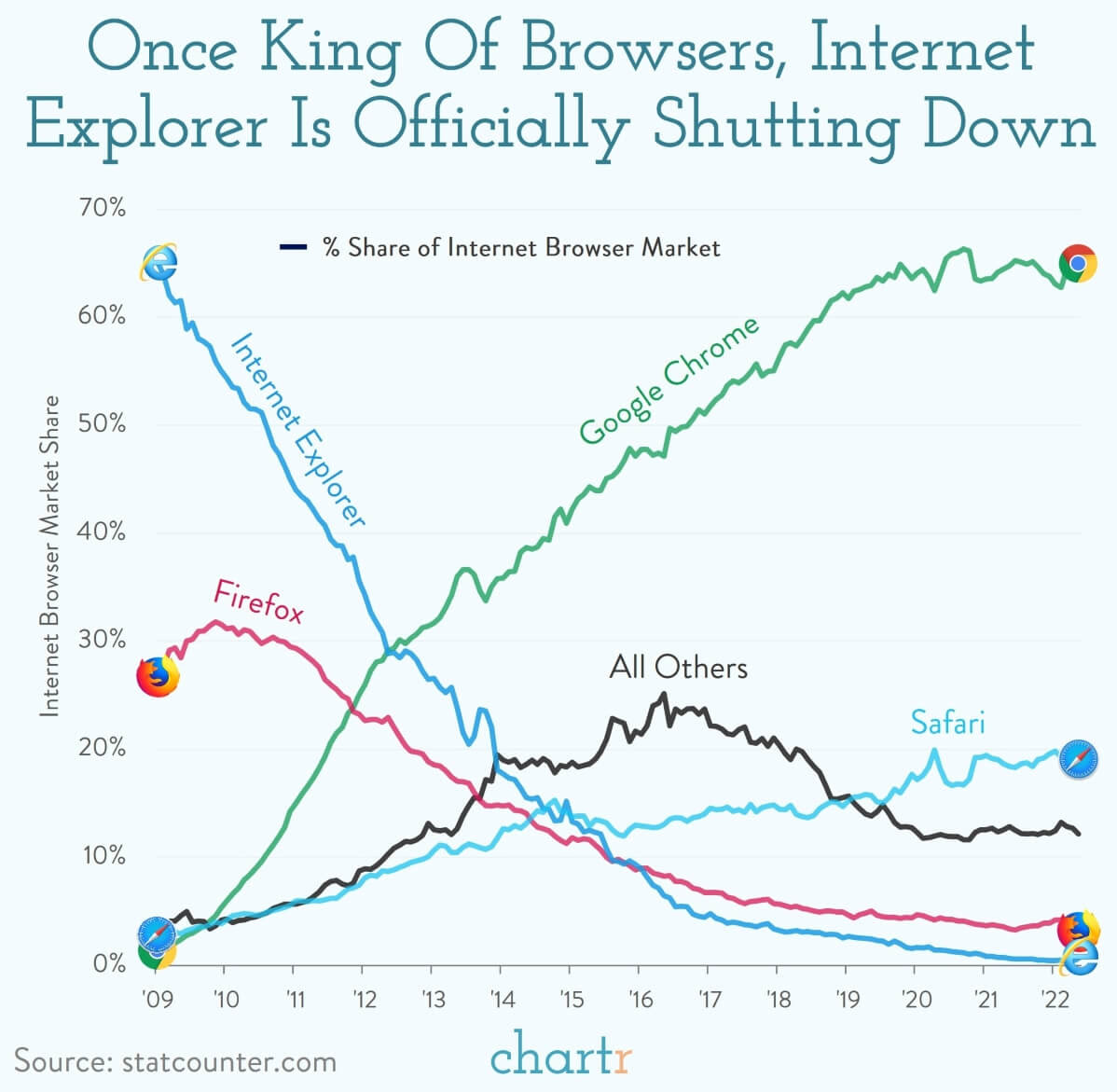 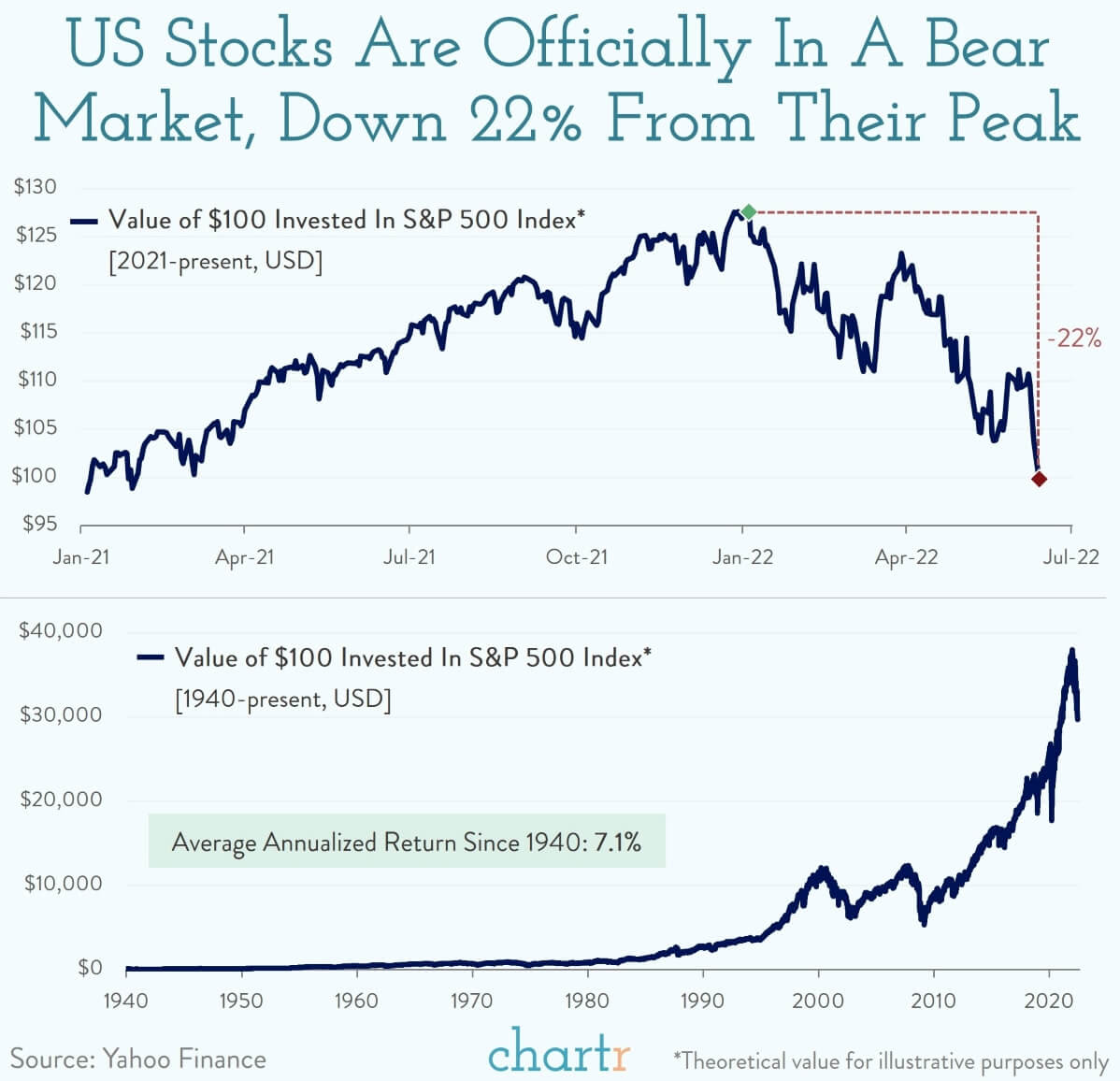 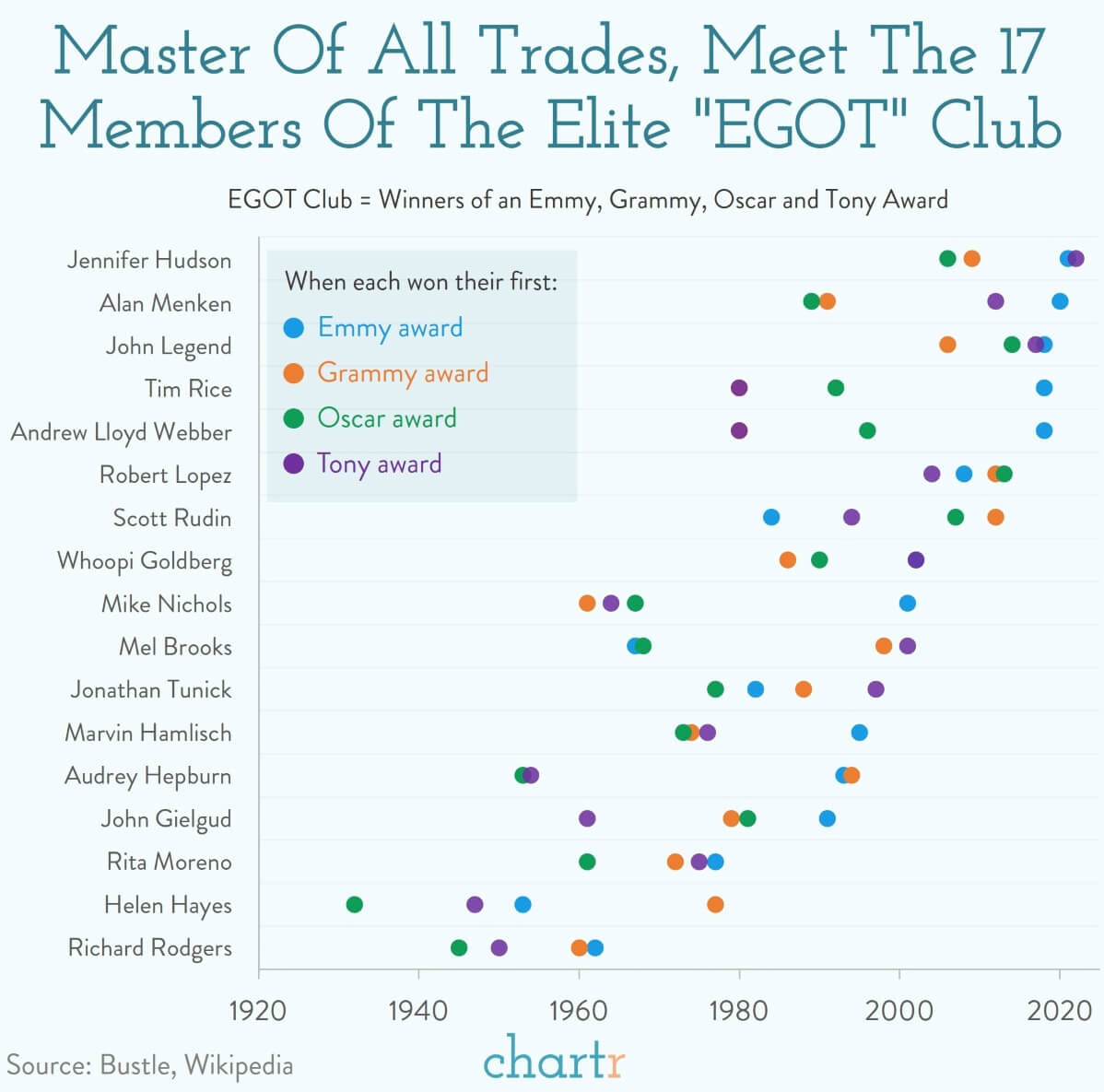