Cheerleading gets a bad rap: Is it actually that dangerous?

See the rest of the newsletter from:
February 26, 2020
Not yet a subscriber? Sign up free below.
Thank you! Your submission has been received!
Oops! Something went wrong while submitting the form.

Anyone who has watched the Netflix documentary Cheer may have left the room thinking that cheerleading was one of the most dangerous activities you can engage in. For us, that was absolutely our takeaway, and so of course we had to dig out the data to see if that was true.‍

Just how bad is cheerleading?

‍Measuring just how dangerous a sport is isn't easy. Do you count a sprained ankle the same as a bruised rib? What about a broken leg? Is that worse or better than tearing your ACL? A solution to that problem is to use one standard measure. Concussions work well because they are (relatively) well-reported, but also relatively common.

Data compiled by fivethirtyeight.com reveals that actually cheerleading is one of the safer high school sports (at least in terms of concussions). Lacrosse is far more dangerous, as is basketball, soccer and -- unsurprisingly -- American Football.

What's really interesting about cheerleading though is that it's the only sport that is reportedly more dangerous to practice, than it is to compete in. For most of the other sports the concussion rate is somewhere between 4-7x higher in competition than it is in practice.

For cheerleading that's not the case, possibly because cheerleaders may not have all of the best safety equipment (mats etc.) when practicing, but the routines are exactly the same, and by definition, they haven't perfected them yet. 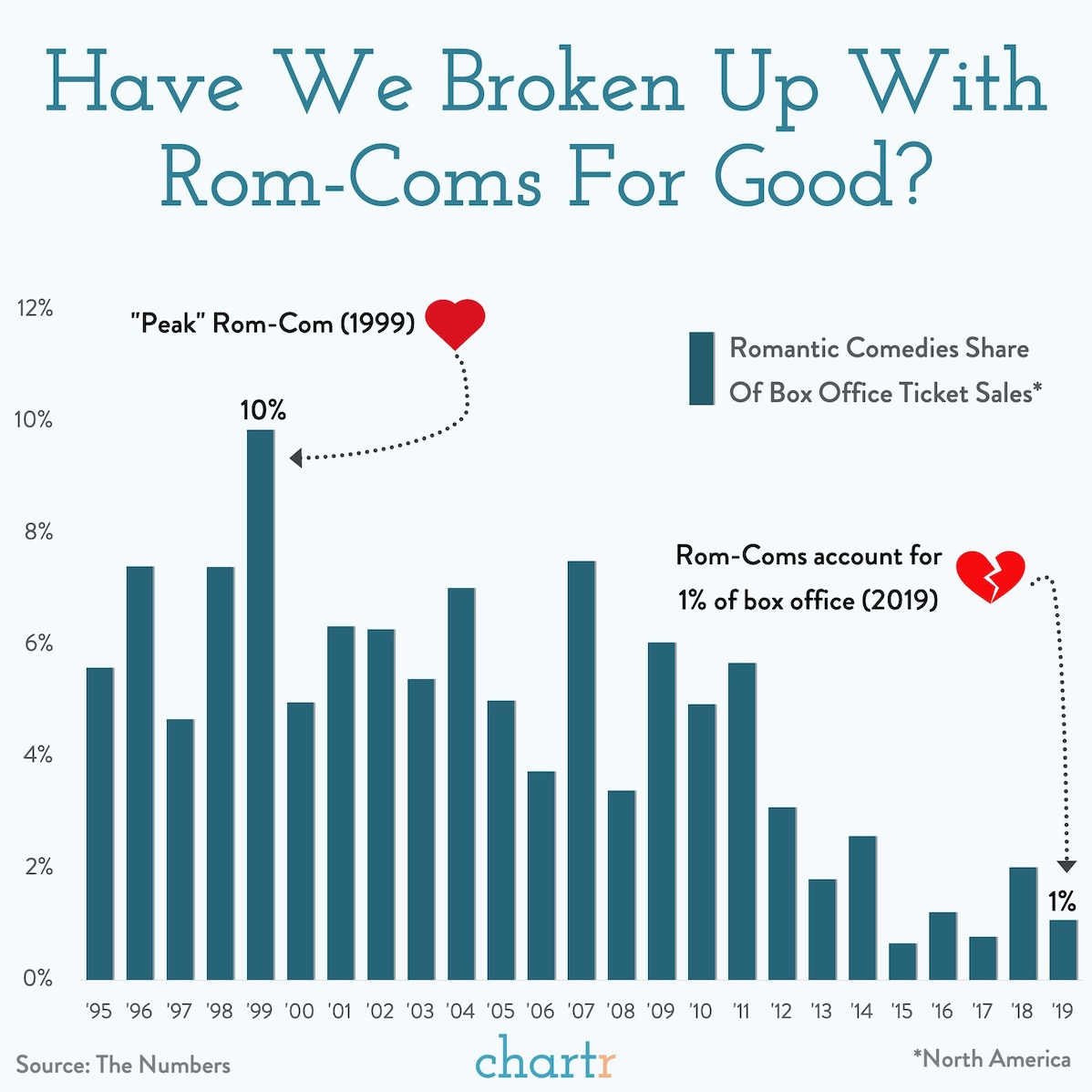 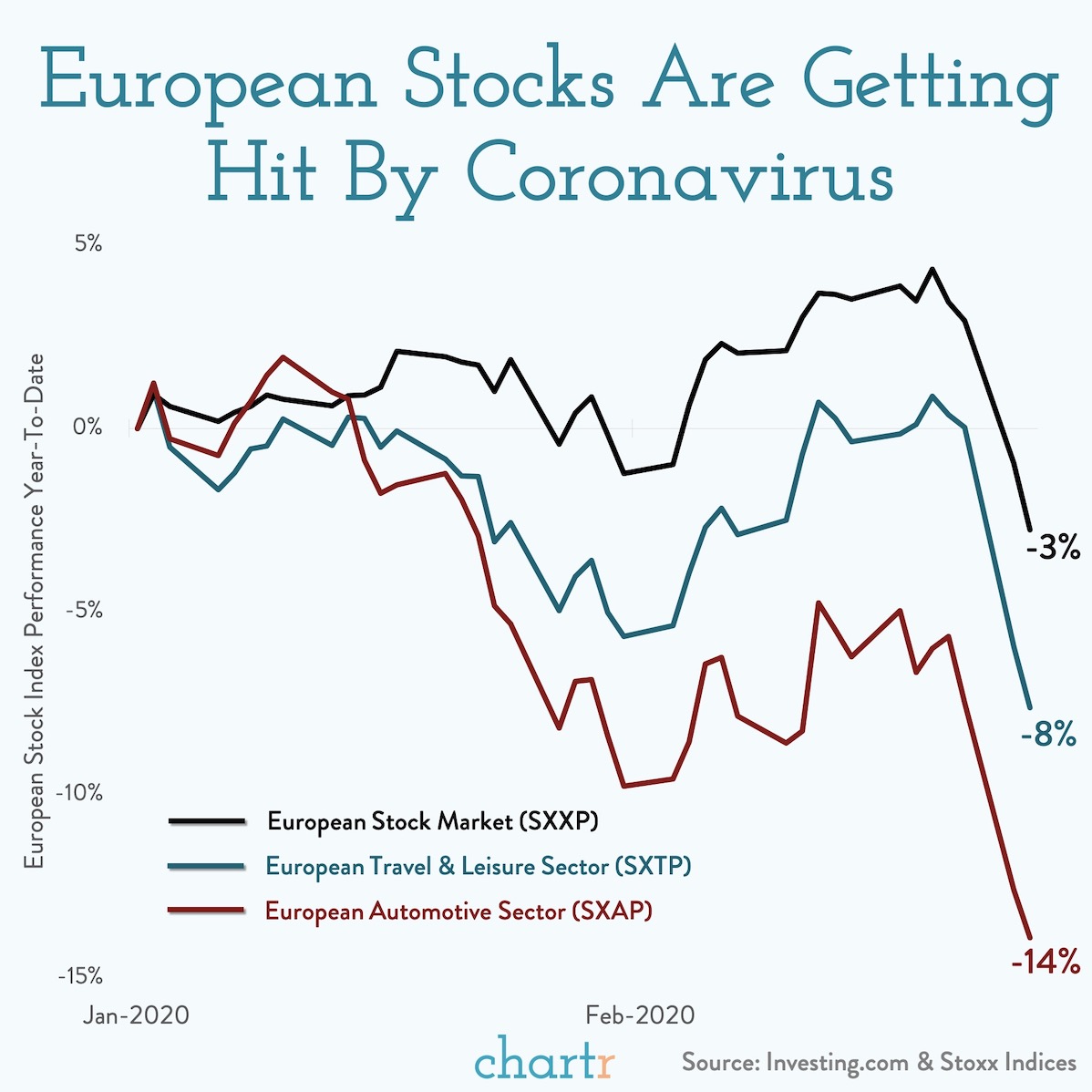 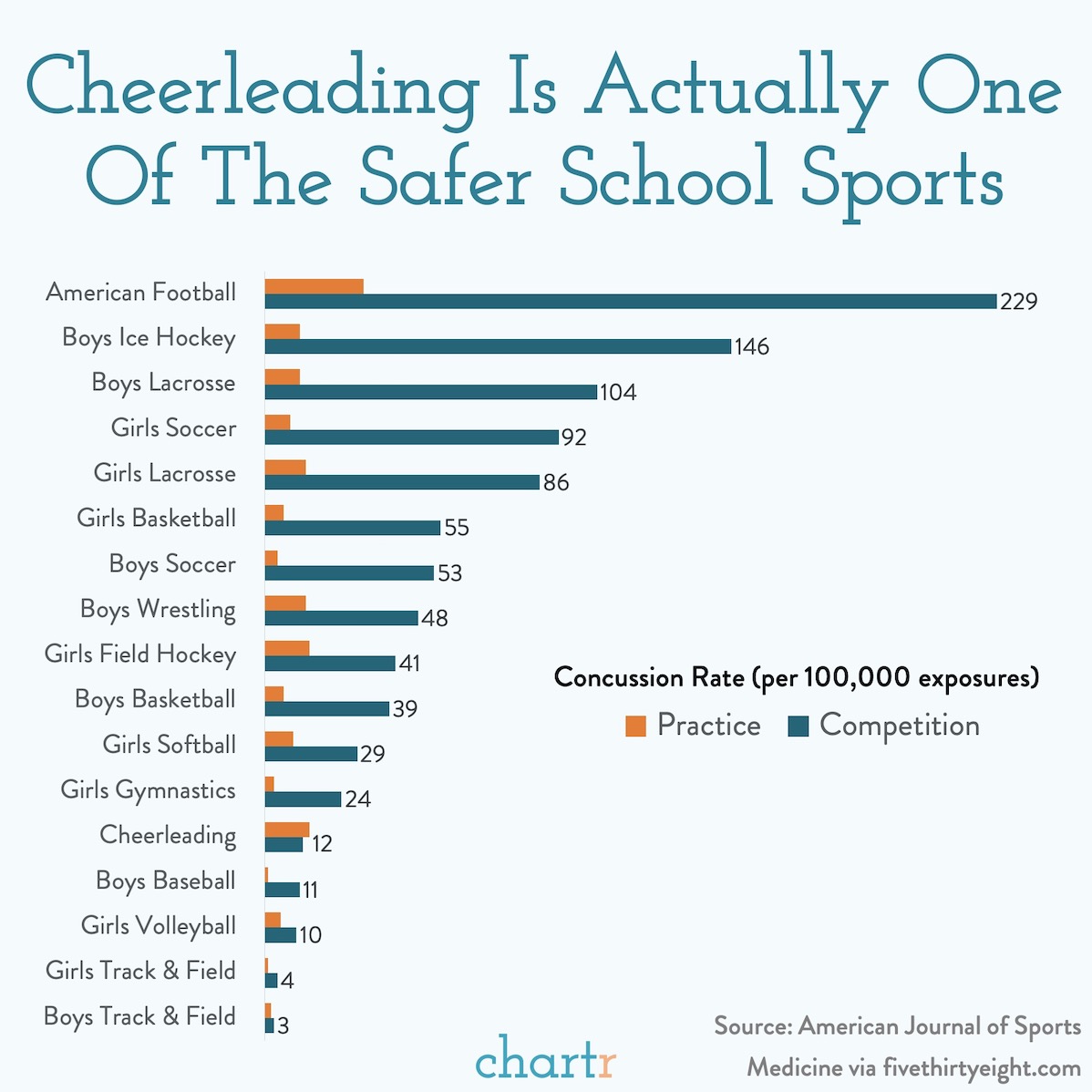