Emmy awards: Who won big on the small screen

See the rest of the newsletter from:
September 14, 2022
Not yet a subscriber? Sign up free below.
Thank you! Your submission has been received!
Oops! Something went wrong while submitting the form.

The big awards for the small screen

Viewership for the Emmy Awards show itself was down 20% on last year, marking the 7th year out of the last 10 in which viewership has fallen. That decline follows in the footsteps of The Academy Awards, which has also seen waning TV viewership in the last decade.

Competition in TV has arguably never been more fierce. Last year there were 559 English-language scripted shows, a record high and more than double the number produced just a decade ago, when 266 shows were made.

‍HBO, including its streaming effort HBO Max, had a lot to celebrate. The network took home a total of 38 Emmys across its shows, more than its main streaming rival Netflix, which brought home 26. Claiming more Emmy Awards isn't the only way Netflix wants to copy their rivals in future. In addition to introducing ads, the company is also reportedly thinking about ditching the "binge model" that they popularized over the last decade. Going forward the company may look to slow down its episode releases, presumably in a bid to encourage subscribers to stick around.

Check out the full list of 2022 Emmy results here. 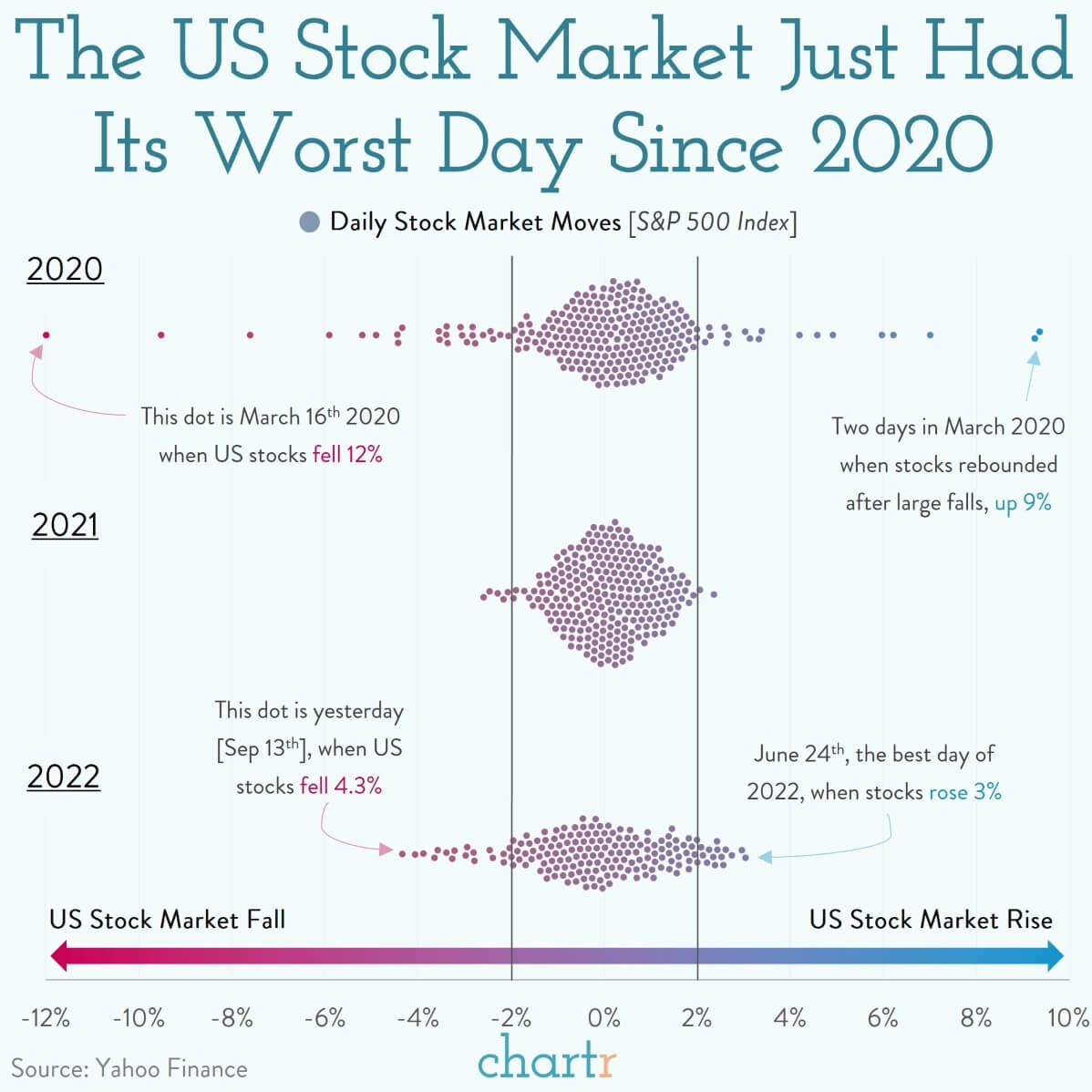 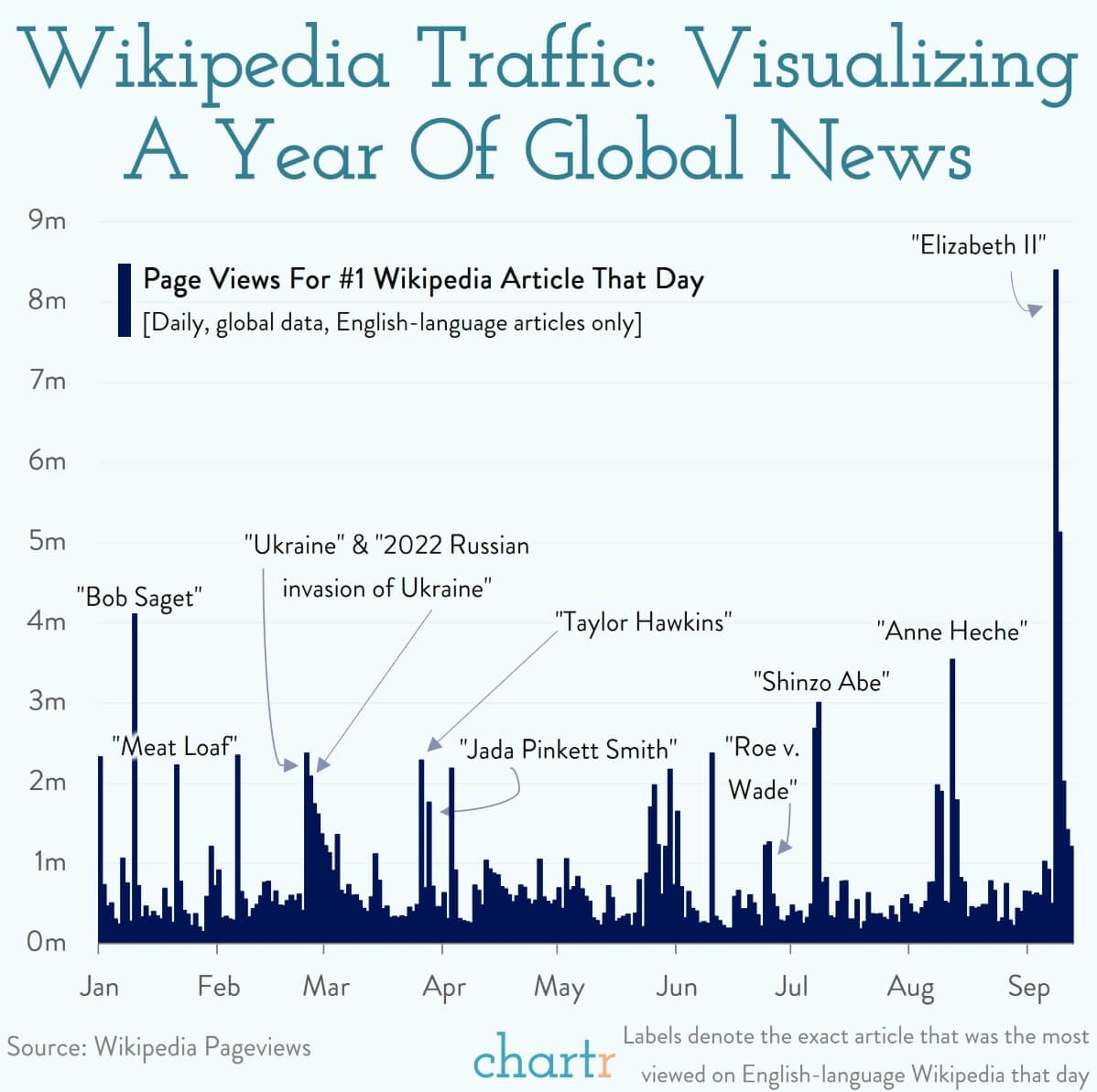 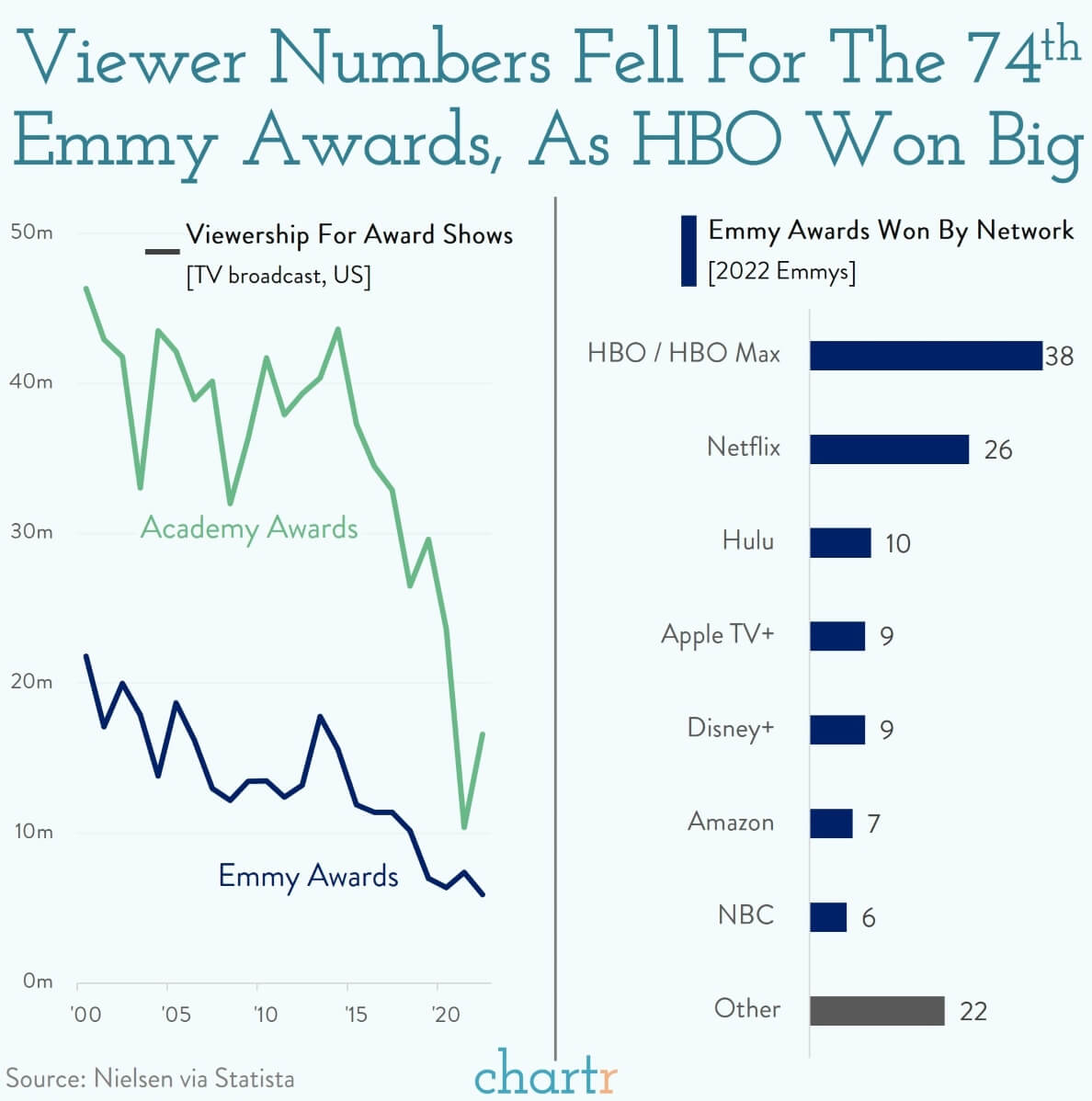