Bitcoin: Is there a case for it being "digital gold"?

‍Bitcoin has often been likened to a digital version of gold — which for years has been a safe haven asset, known as a trusty "store of value" when times have been more uncertain. But the evidence for bitcoin fulfilling a similar role is hard to find, in this year at least.

Indeed, the data for 2022 suggests the price of bitcoin often moves in the same direction as stocks, rather than the opposite. Of the 98 trading days we've had so far, Bitcoin and the S&P 500 Index have moved in the same direction on 73 of them, while moving in the opposite direction just 25 times. The biggest moves in stocks, like when US stocks fell 3.2% on May 9th, also came with large moves in BTC. For the stats nerds the correlation between the two has been +0.53 for this year.

Bitcoin (and crypto more broadly) has transitioned from a fringe asset into one with huge institutional backing — Coinbase just became the first crypto company to join the Fortune 500 — but its role as "digital gold" is hard to rubber stamp until it's weathered at least one sustained major economic downturn. 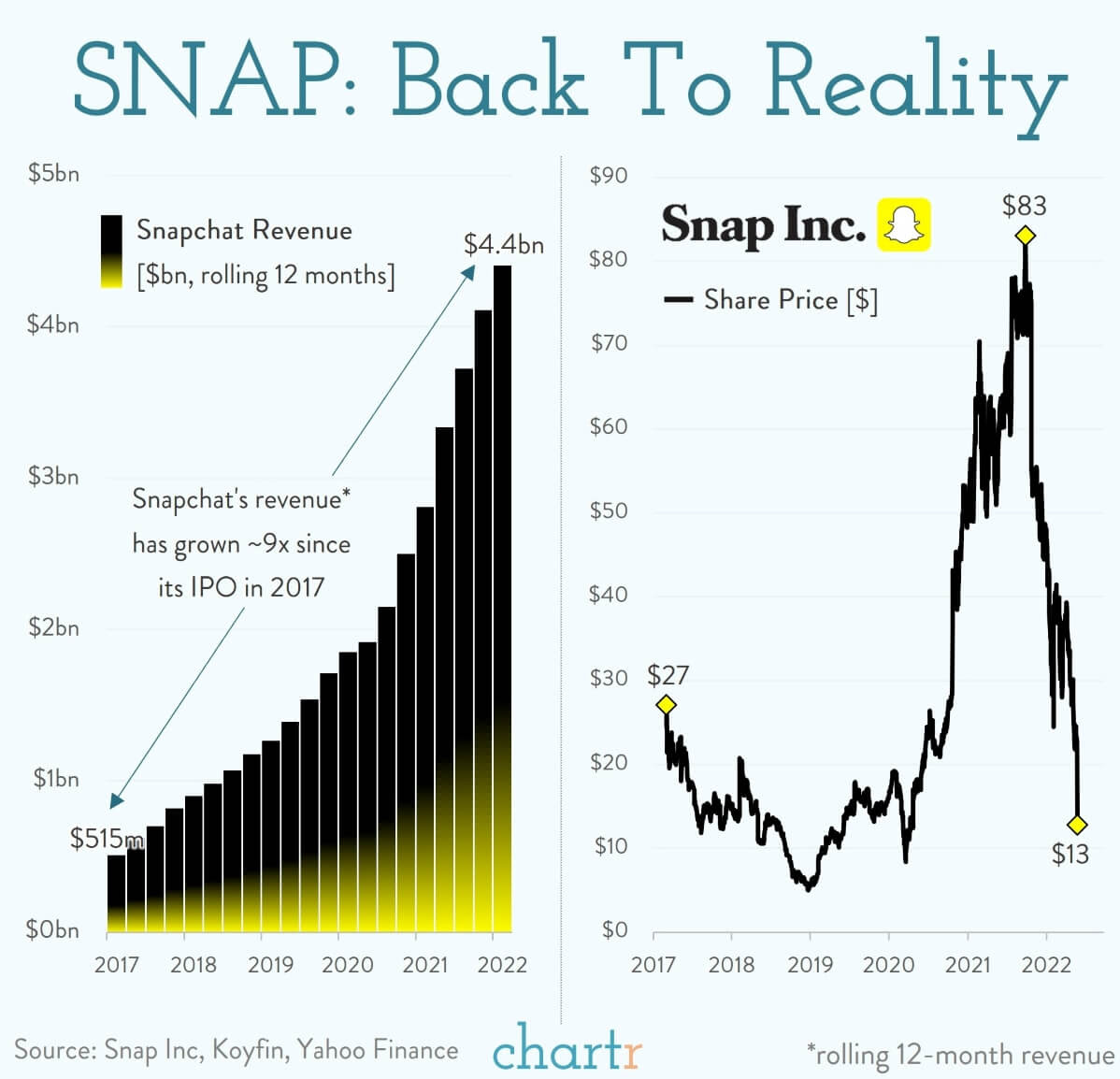 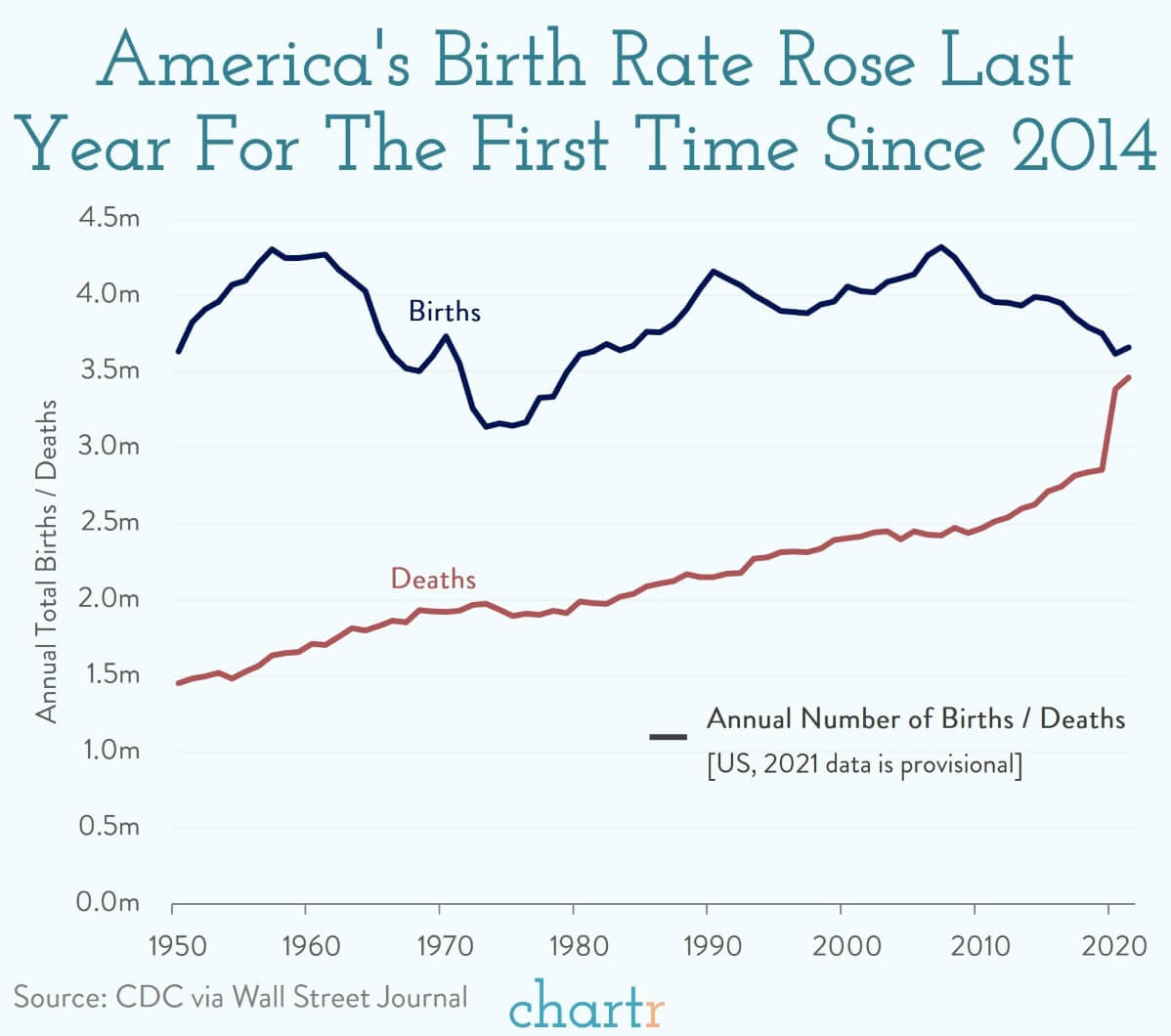 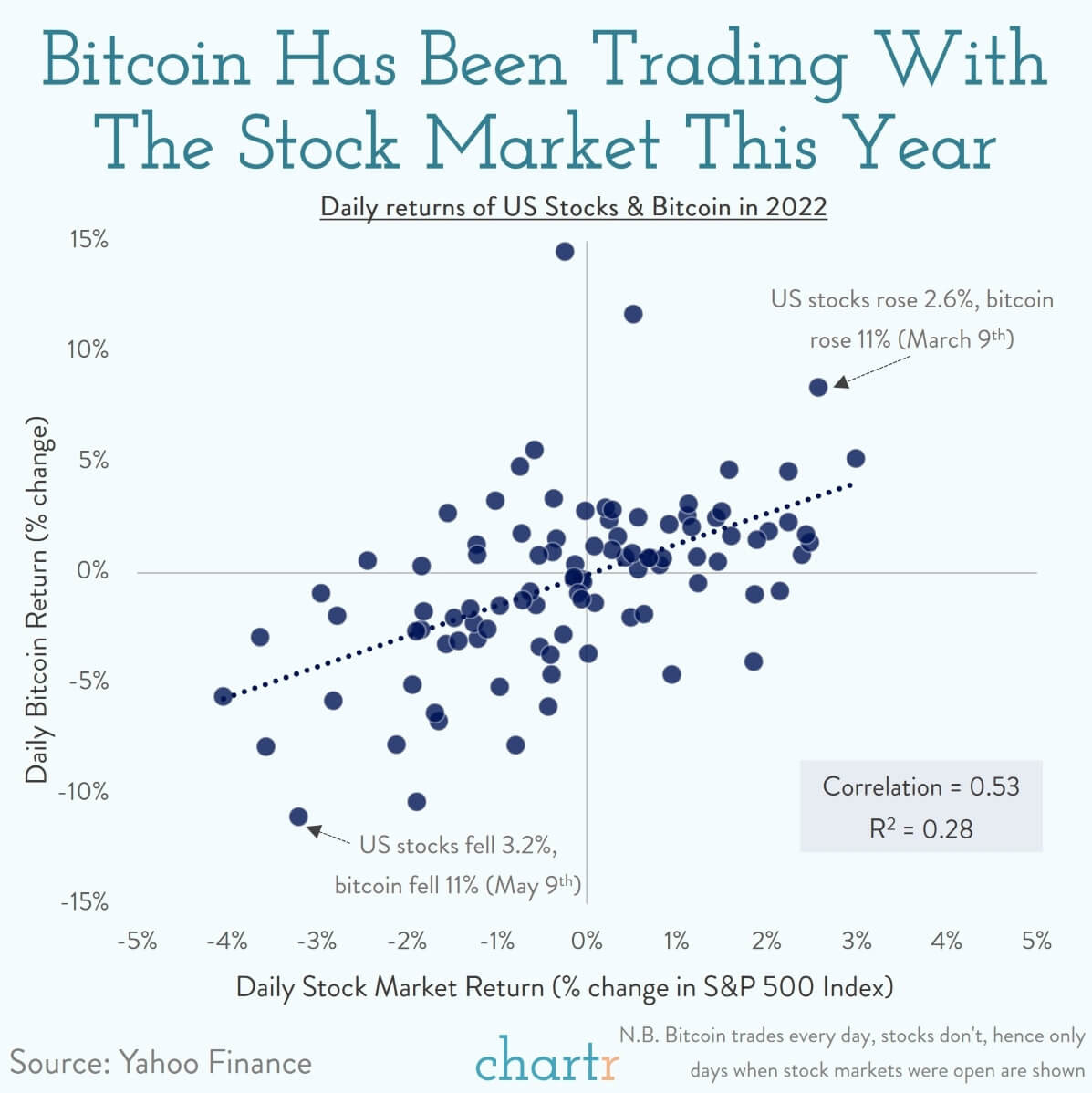