Hello! Just 2 days before the World Cup kicks off in Qatar, FIFA have announced that there will be no alcohol sold in the stadiums — an awkward call for major sponsor Budweiser. Today we’re exploring:

‍Taylor Swift fans were left frustrated this week when they were unable to purchase pre-sale tickets for Swift's first tour in 5 years. At the centre of the chaos is online booking platform Ticketmaster, which crashed following “unprecedented demand”. The company eventually cancelled the rest of the planned public ticket sale that was slated to start today.

‍The crux of the complaint against the company has its origins in the 2010 merger between the world's largest ticket provider, Ticketmaster, and the world's largest concert promoter, Live Nation. This formed Live Nation Entertainment, which now has a near monopoly on live events with three distinct lines of business in concerts, ticketing, and sponsorship & ad revenue.

In terms of revenue, Live Nation remains the headline act, with concerts taking in $10.1bn, and ticketing only $1.6bn, in the first nine months of 2022. But running live events is a costly business and, after paying for the performer, the venue, agents, producers and everything else, margins in that business tend to be slim. The ticketing side, however, has much lower overhead costs — raking in an operating profit of some ~$450m so far this year, a margin north of 28%.

The Swift fiasco is now reigniting accusations that Live Nation Entertainment is too powerful, too profitable and is strangling competition in live entertainment. Senator Amy Klobuchar, who chairs the Senate Judiciary Subcommittee on Competition Policy, criticized the company for continuing to "abuse its market position".

‍Toyota is updating the Prius, its pioneering hybrid model, some 22 years since the car first hit the US market. Now into its fifth generation, the Japanese carmaker’s iconic eco-friendlier vehicle is losing favor with climate-conscious consumers. Sales have fallen nearly every year since 2012 — when more than 230,000 vehicles in the Prius family were sold in the US.

‍The new Prius will launch in Japan, Europe, and North America in 2023 and comes with some enhanced climate credentials, like its 50% boosted EV driving range and improved solar power capabilities. However, with growing emphasis on (and consumer interest in) fully-electrified models, it’s not entirely clear where the Prius plugs into the market.

The company confirmed, for instance, that the new model would not be on sale in the UK due to waning demand, and it’s not just Britain either. US Prius sales could be on for their worst year since 2004, with just under 30,000 sold so far in 2022.

‍Toyota does have plans to become a little more Tesla by 2030, with a pledge to push 50% of its spending in the next 8 years into the battery electric vehicle game (where they only have one car at the moment). But they don't seem ready to say goodbye to an old favorite just yet.

Although media attention often lands on would-be workers going in the other direction, Americans are increasingly setting up shop in Mexico, attracted by the vibrant culture, warmer weather and lower cost of living. Indeed, data from Mexico’s National Institute of Migration, first reported by Bloomberg, shows that temporary residential permits are up 85% so far this year compared to the same period in 2019.

‍Part of this phenomenon is likely explained by the rise of remote work. Becoming a digital nomad has become an increasingly-attractive prospect for workers, as we charted back in 2021 — a trend that Mexico is well-placed to capitalize on. In fact, Mexican officials are actively working to attract remote workers, teaming up with UNESCO and Airbnb to style the country’s capital as the place for remote work opportunities afforded by the new normal.

Although the permit numbers are rising, they are still small in absolute terms. However, that’s likely a vast undercount of the true number of Americans working in the country. On a tourist visa, Americans can work for up to 6 months, as long as they are paid outside of Mexico. Flight data shows that more than 10m Americans visited Mexico in the first 9 months of the year, 24% more than in 2019.

According to Tripadvisor 4 of the 5 most-desirable vacation locations for Americans are in Mexico — now the country is topping remote-work lists as well.

• Around 10,000 mink are running wild around Ohio after vandalists helped them escape a farm earlier this week.

• Some estimate that Twitter may only end up with 10-20% of its pre-Elon workforce, after Musk issued an ultimatum for employees to stay on at the "hardcore" new Twitter.

• A live-updating chart tracking each nation’s chance of winning the 2022 World Cup in Qatar.

• Cool viz exploring how billionaire Ambani's business interests are embedded into almost every aspect of daily life in India.

• How different countries view what constitutes a ‘good’ member of society.

‍Off the charts: Workers are striking at 100 stores of this company, which we were charting about earlier this year — which company is it? [Answer below]. 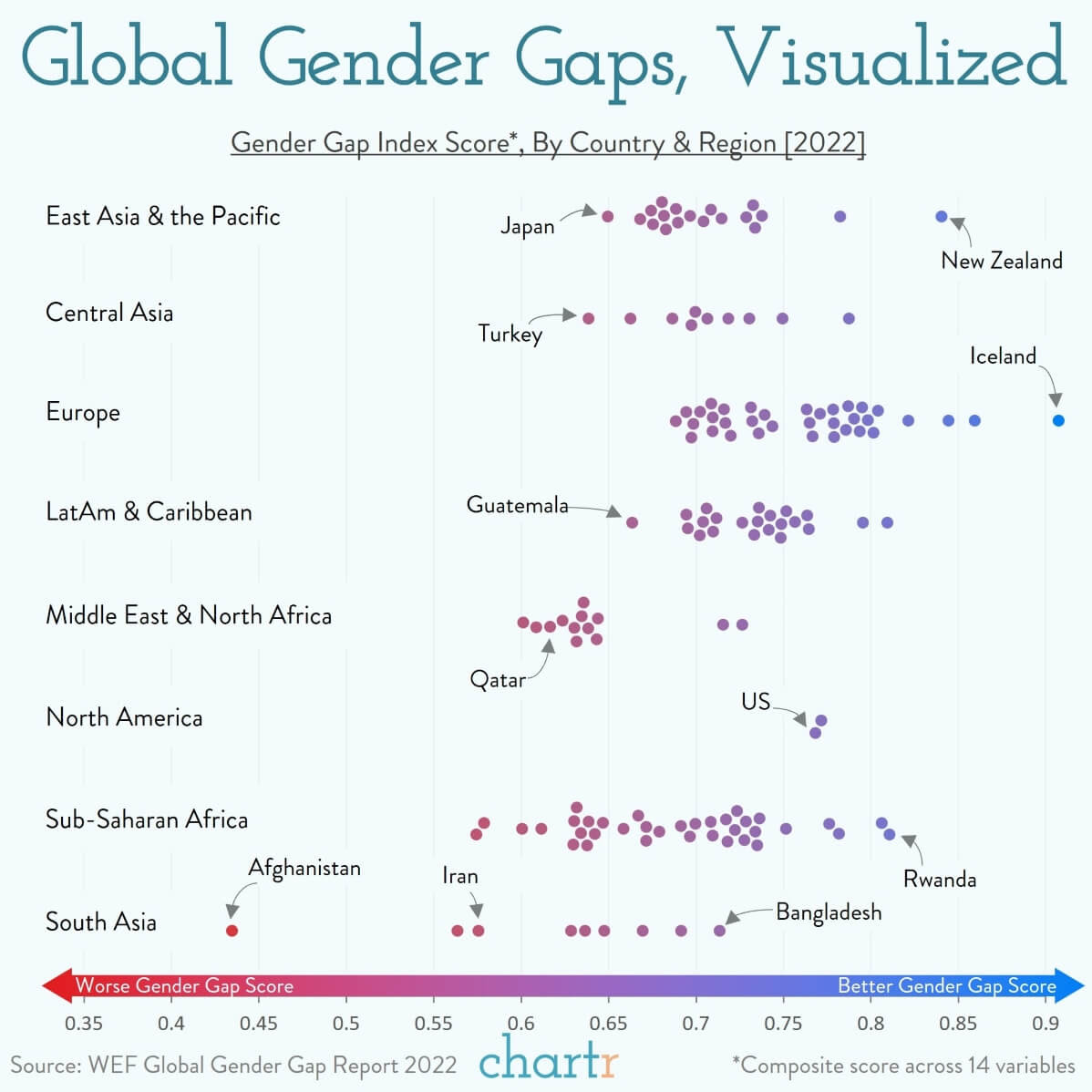 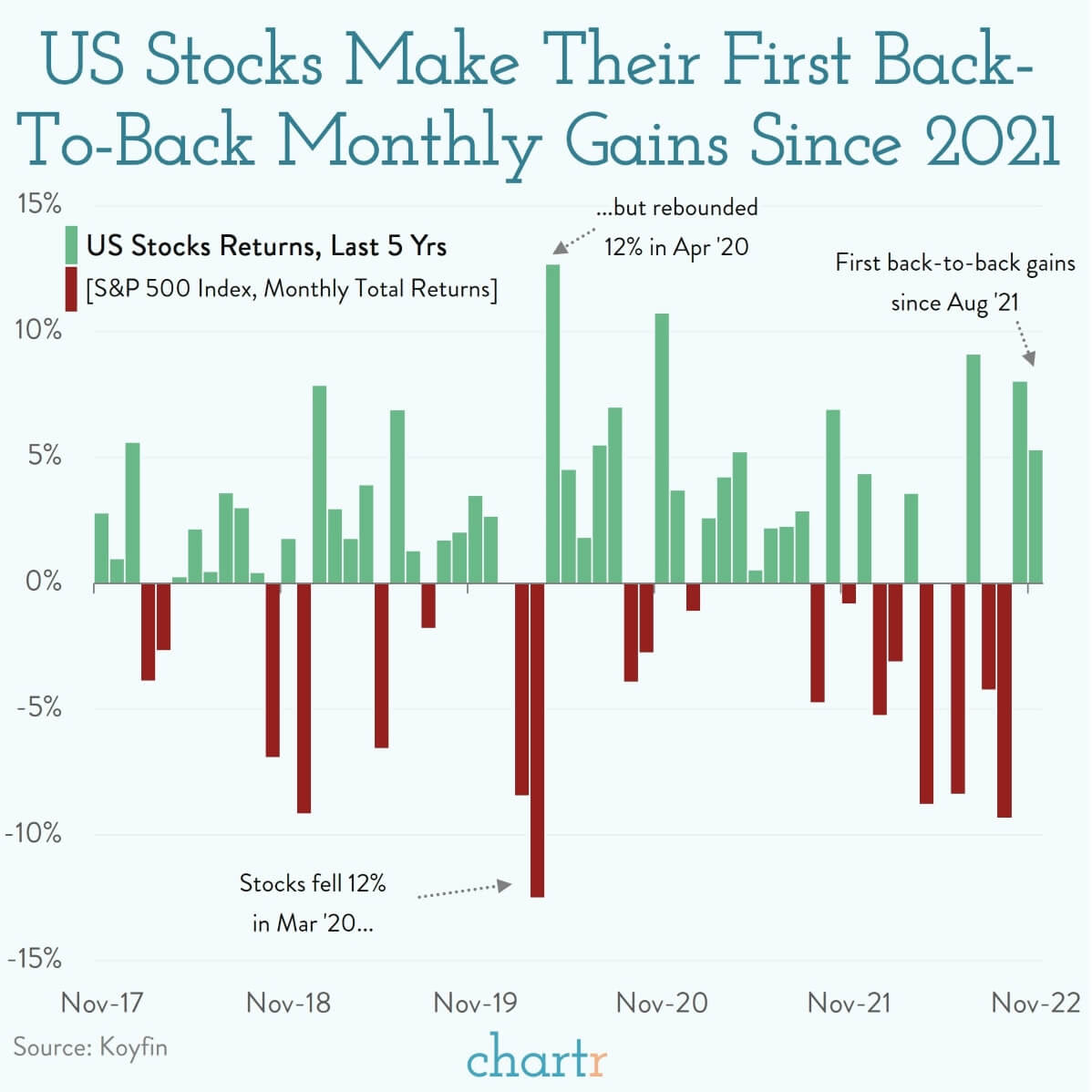 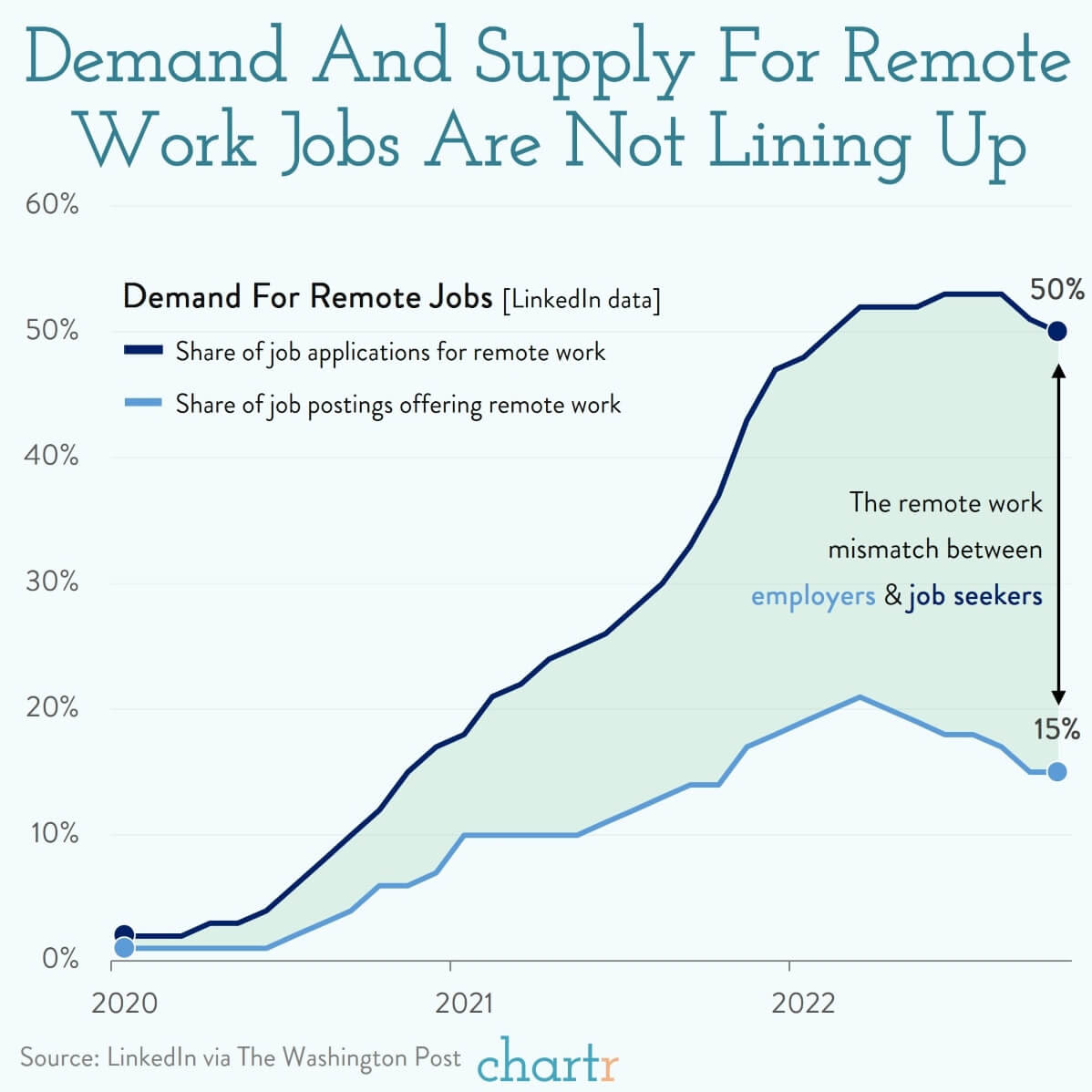